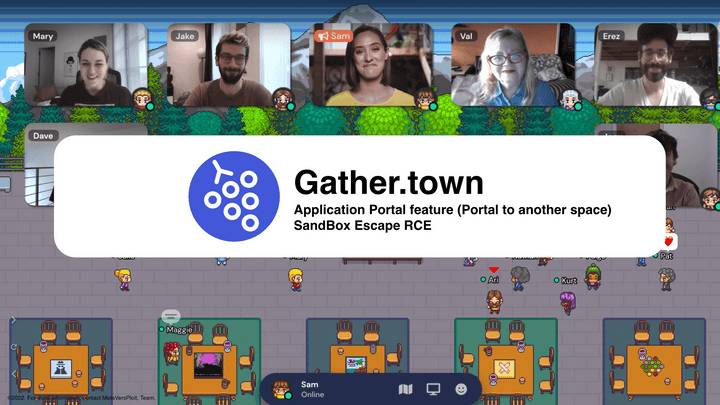 During last year’s research, we conducted vulnerability analysis targeting metaverse-based commercial platforms. Among them, we would like to share some of the vulnerabilities that have been reported to the target company and have passed over time.

When you think of the real metaverse as a category, you can see that all technologies are gathered in one place and are harmonious. Among them, based on mobile and VR equipment, you will feel closer to the three major elements of the metaverse: SPACE, AVATAR, and ITEM. However, depending on how each element is implemented and used, vulnerabilities and attack vectors occur, resulting in metaverse hacking, causing great damage.

In this story, we will describe some of the several vulnerability analysis reports based on the https://www.gather.town/ platform. 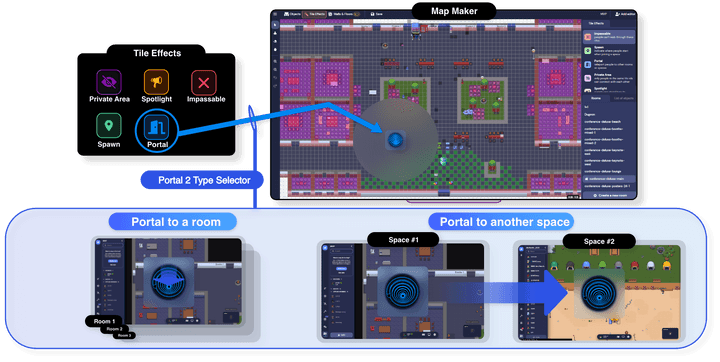 Gather.town has a portal function.

If you use the portal function, you can move to another space within the “gather.town” domain and it will be redirected to the .gather.town domain. This function is mainly used when moving to another place inside the Space. what if? Can I use the redirect function of this portal function to induce RCE? Let’s check it out. 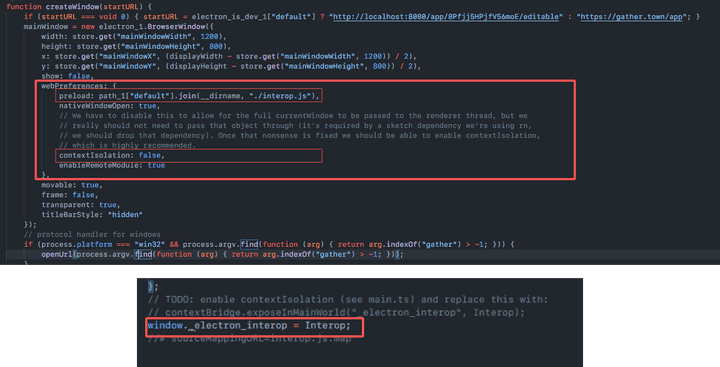 The following is a part of the createWindow function in the main.js code after asar unpacked.

The following is an example of code that violates the security policy.

It can be seen that the blacklist-based hostname (localhost, gather.town) inspection method and HTTP security protocol (SSL) inspection are not performed.

The following source code includes an algorithm that performs URL inspection when Portal Interaction is performed, and analysis was conducted on that part. 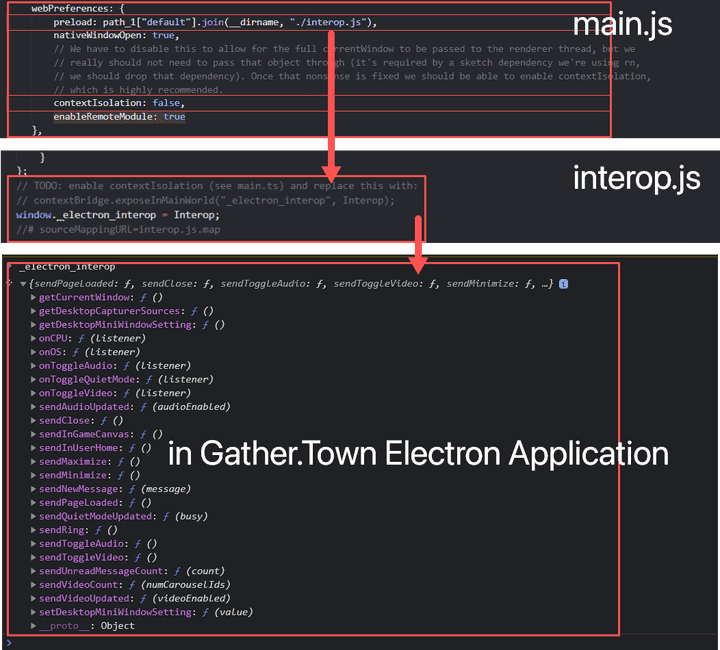 Let’s refer to the next document.

The following are related to the Electron Application BrowserWindow API.

The following is the attack direction and usage plan for loadURL.

The following is the usage format of that API.